It's been three months since the game has had an update, and in that time I've been primarily focused on fixing the feel of the game. This includes the music, the art, and the GUI. I've also worked hard on the writing, though there is always room for improvement there!

So what's changed in this update?

- New music -- 27 new tracks, actually! Thanks to the talented Jan Hehr, we have a whole new soundtrack for the game. Each girl has a theme song, and a 'chill' version of that song for more relaxed scenes. There's music for your home and for the classroom, in addition to some other tracks that you'll discover in time! While the girls' themes may seem very strongly styled, they were chosen to best represent the girl. Trust me when I say they're perfect!

- New art -- the sprites were drawn by Dai_Dai_Iro, who is a master of sweet and lovely girls! Each girl has a new sprite, though only Kana and Aiko are 'officially' done. For sake of ease in updating them to their final forms, Haruka and Yumi do still have stand-in features for their faces. This is to ensure that I can tell that those assets need to be replaced. Their final art is still several weeks off, but the overall feel of the characters are far better captured in this art update! As for Aiko and Kana, they are absolutely adorable, and I'm immensely proud and excited to introduce you to them in game!

Now for the nitty-gritty technical junk...

- Fixed the dissolve animation, so the girls aren't affected other screens while they change expressions; makes the whole experience smoother.
- Fixed the way text is shown, so it reveals itself as it's meant to instead of bits and pieces popping up at random. Much sleeker looking.
- Changed GUI to be easier on the eyes.
- Minimized the quick menu.
- Changed the preference bars/redrew the assets.
- Changed the menu screen.
- Fixed load/save screens with overlaps for the pages.
- Changed fonts for the menu about section.
- Changed the chatroom screen.
- Fixed the chatroom so that it jumps to your new messages.
- Rewrote and expanded Day Zero, to better reflect the writing style and characters within the game.
- Removed several bugs where a sprite was flickering on the screen.
- Stopped Haruka from running away when she wasn't meant to.
- Added a 'credits' screen, so you know who did what, and you know when the game is over!
- Finessed transitions so they're sleeker.

It's hard to capture all the adjustments, but the version we're running now is almost at 40,000 words of dialogue, as compared to the 26,000 or so words previously. Day Three IS on it's way, but I wanted to refine that. I just needed to put this update up, as the game has come a long way in the months that have gone by. I'm immensely thankful to Dai_Dai_Iro and Jan Hehr for their help in realizing the project, and I'm so proud of them.

Additionally, I'm thankful to those in the community who've done fanart, Let's Plays and memes, and just everyone who's taken the time thus far to play the game! I appreciate you all so much, and I hope I can continue to develop and produce a quality experience for you all to enjoy. By no means are we at perfection yet, and I doubt we can ever truly attain perfection, but at least we can have fun -- right!? So! Let me know what you think, or if any issues arise. 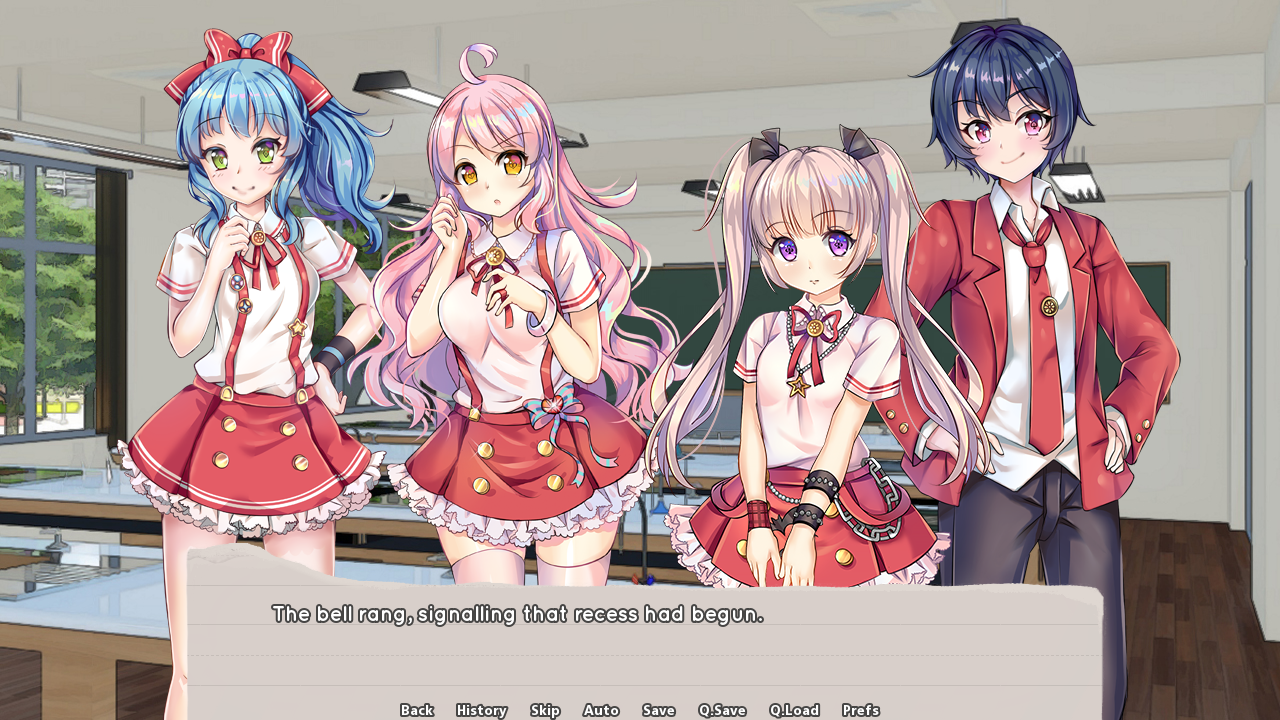